Playing with the Big Dogs 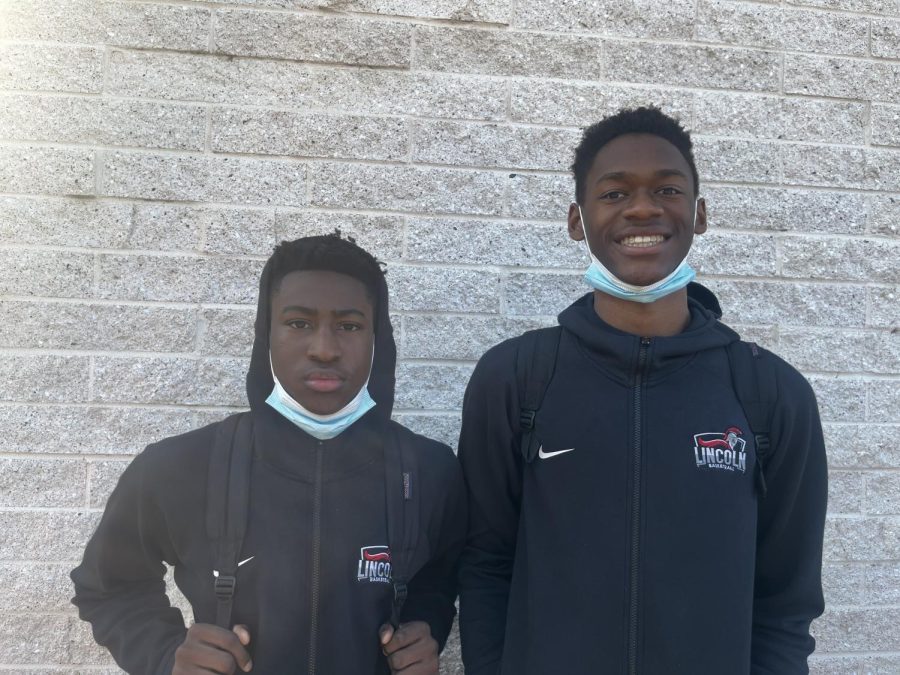 The Lincolnian caught up with Donz Lindsey and Anthony Moore during lunch.

STOCKTON: Every season it is the responsibility of the varsity head coach to build a roster with the best talent that his school has to offer. Anthony Matthews, the Trojans varsity boys’ basketball coach, made the tactical decision to have two rising freshmen stars on his team this season. The two players that I am referring to are Anthony Moore and Donez Lindsey, who will dazzle Trojan fans for three more seasons.

“It’s my job to put the very best team on the floor,” said Coach Matthew. “If that means that two freshmen get extensive minutes, then that’s exactly what is going to happen.”

Anthony Moore began playing basketball seven years ago with the Port City AAU basketball club located right here in Stockton. Moore states that he has “always been tall and fast” growing up in a basketball family. His father and brother both played collegiate ball, and Anthony wasn’t joking around when he said he’s tall. Anthony is already 6’5” and the confident small forward maintains a 3.8 grade point average while putting up 8.4 points per game.

Donez Lindsey shares a similar story in the basketball world as he too grew up playing for Port City. Lindsey has been playing AAU ball since he was six years old. Donez enjoys the excitement of competing against older guys. The biggest challenge for him is finding a way to beat a player who is older and perhaps a tad stronger than he is. This season, his learning curve at point guard has been very quick since he is averaging 4.8 points per game.

Moore and Lindsey have not attended a full year of in-person school since the seventh grade because of the pandemic. Stepping onto the Lincoln campus back in August meant that the two boys were being thrown into an entirely different culture academically, socially, and athletically. Moore said, “It was a gigantic shock coming straight into high school basketball after not playing for a year because of COVID. It’s a good thing that I am a quick learner because academically I have fit right in.” Both players have made their presence felt on the court as the Trojans finished TCAL league play in first place with a 10-1 record, and helped the Trojans win their Round 1 playoff game against Monterey Trail 76-53.

If their accomplishments in their very first season of varsity basketball are any indication, the sky is the limit for these two young athletes. Both boys’ have dreams of playing college basketball and it appears there is an outstanding chance it could become a reality for both boys. Moore loves the Duke Blue Devils and Lindsey admires the Texas Longhorns. With such lofty goals to inspire them, the Trojan Gym is definitely going to be the place to be on Friday nights over these next three seasons.